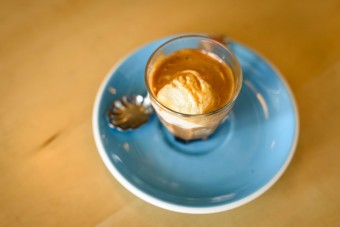 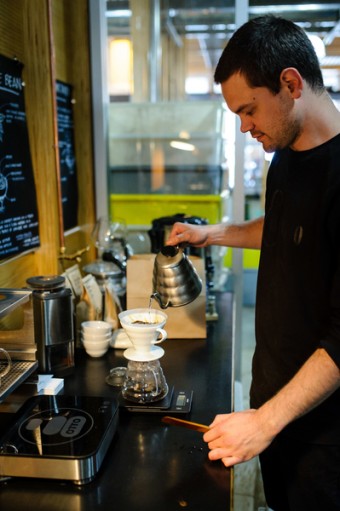 28 year old Brandon Sayring has been working at Emporio since February. Barista, coffee roaster and technician by day, Brandon is also a musician who has two years of a fine arts degree under his belt. In his home town of Wanganui, he also ran a music venue. I asked Brandon about his new world of coffee roasting… 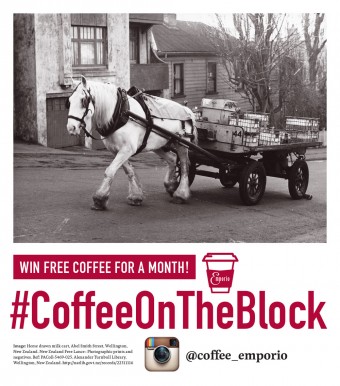 Win Free Coffee for a Month: Emporio Coffee on the Block Competition

Do you live, work or play in Wellington's Abel Smith St? You could win free coffee for a month by entering our Coffee On The Block competition. 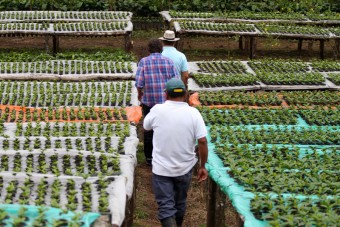 Today, we said our goodbyes to Leana and Carlos which was sad, although we definitely hope to be back one November so we can help out with picking time. It was such an honour to be invited onto the farm and be a part of this amazing community and family. 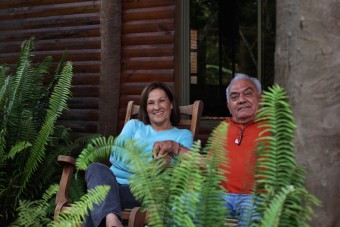 Life at the Coffee Farm

There is  a distinct hierarchy on this coffee farm.  There are the owners, their family and then the workers, but whether you are the owner of the coffee farm or a worker at the farm, everybody is treated with equal respect and is well looked after.

Getting To The Root Of It All

This morning, the farm’s horticulturalist lead us on a trek where we ended up on top of one of the four mountains of the coffee plantation. Trekking through the coffee bushels, we learned step by step the extensive processes that coffee beans go through before the end product. 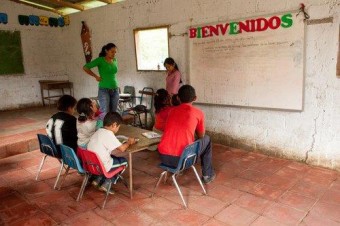 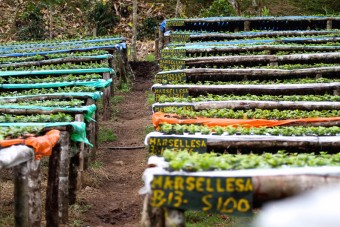 We have been invited to visit the farm in Nicaragua where we have been directly sourcing green coffee beans for the past few years. After a three hour flight from Dallas, we touched down in Managua, the capital city of Nicaragua. We have never visited Central America before so we were very excited to have the opportunity as a family to visit and stay on this family owned farm. Carlos, who is one of the sons of the owners and also a farm worker, was awaiting our arrival and greeted us, thankfully speaking fluent english as our Spanish is little to none. We then hit the road for the three hour trip to the farm in which Carlos gave us a complete understanding of the intricacies of coffee farming in Central America. He also gave us a great insight into the way that their farm was run with its high belief in corporate social responsibility. The first thing we saw when entering into the farm was the small village that had been set up for the workers and their families giving them their own sense of a community within their job. We drove past the school which was also on site where the children of the workers could attend up until 4th grade (eight years old). Part of the profits from the coffee farm allow these children to continue their education at the local school in Jinotega, a small town 20 minutes bus ride from the farm. There was also a nurse, a pharmacy, a Chapel and a communal grassy area where we saw some of the children playing baseball.  We were welcomed by the owners of the farm, Carlos and Leana and were shown to our small but beautiful cabins where we unpacked and were able to settle in. This would be our home with the family for the next three days. Tomorrow, we are looking forward to visiting the school, having a tour around the coffee farm, and getting to know the family more. 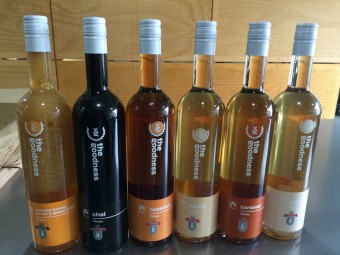 We are very excited to welcome a brand new range of syrups from The Goodness. All New Zealand made ,certified fair trade, organic and gluten freewith all natural falours and colours to top that off as well. We stock a range of delicious flavours right on site.