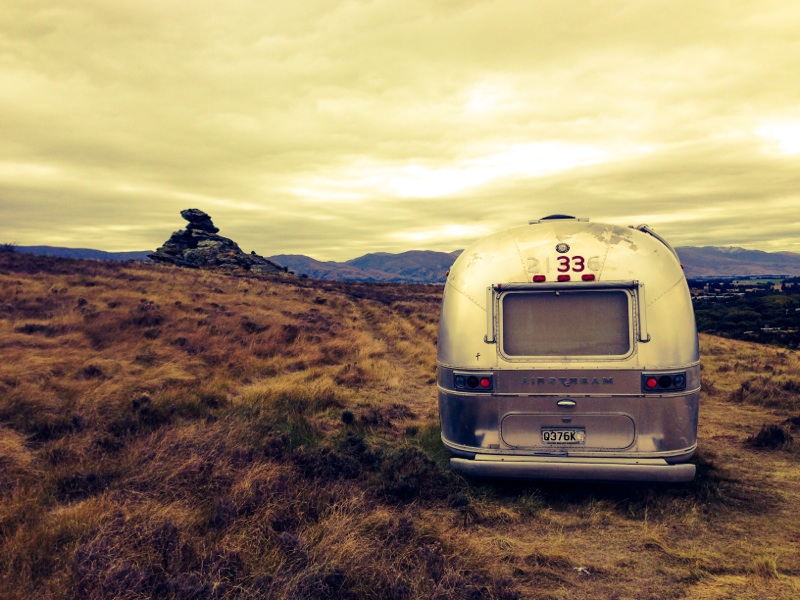 As the working year winds down, I spoke to a few of the Emporio crew to see where they’ll be enjoying Emporio coffee this summer.

Gary Stewart is a Wellington designer whose agency the Gas Project specialises in working with the publishing and food & hospitality industries. He shares his Lyall Bay office with Wheelworks (the guys who handcraft bicycle wheels). Gary has been advising us on some design work, enjoying a short mac and a chat about cars with Eric. This summer, he'll be heading back to his Airstream caravan in Central Otago, where he fires up a Bialetti stove-top pot for a morning espresso. This might be followed by a bike ride on the Central Otago rail trail or setting up office in the local café (it’s all about the WiFi - and more coffee).

You'll find Emporio's Simon Maguire and family set up in the Hot Water Beach camping ground. With two children in tow (aged 7 and 4), there’s still room to pack the glass Chemex coffee pot. Simon will also be taking along a couple of 200g bags of Emporio single origins camping, the Nicaraguan and Columbian. Days at the beach always start with a cup or two each morning.

Elizabeth Begley is heading home to Otaki for a  family Christmas before going south to her boyfriend's family in Hawea, just out of Wanaka. She'll be taking Emporio organic beans with her, as both gifts and to use in her stove top pot over summer. While in the region, Liz will visit Café Society in Queenstown, the latest South Island café to be serving Emporio, and old favourite Federal Diner in Wanaka.

Emporio owners Eric and Miriam Heycoop will be remaining at the helm over summer, ensuring clients and customers are taken care of over the holidays. They’ll also be relishing their new inner-city lifestyle, having recently moved to Mt Victoria. There’ll be strolls to Oriental Bay for an Emporio coffee at Carrello Gelato and evenings in Cuba Mall at Plum Café, Emporio's latest Wellington client.

Brandon Sayring has no idea what kind of coffee scene he is going to discover in Japan, and he won't be getting much summer either. Brandon is heading to Tokyo, Osaka, Kyoto and Nagoya for about two and half weeks. He'll definitely be on the hunt for good coffee to maintain his two-cups-a-day coffee habit.

You'll be seeing more of Crocky (aka David Hargreaves) and Crocky's Cold Brew coffee in Wellington this summer. While the City Market takes a break over January, he'll be popping up at the Harbourside market and hopefully mobile on his new customised-cold-brew-bike. This is a project Crocky is currently exploring—so there'll never be an excuse not to enjoy his nitro coffee (like Guinness from a tap). Oh and he’ll still be keeping his day job at Garage Project.

And what will I be doing? Since joining Emporio in September, I’ve been working hard to up my game when it comes to coffee. A lightweight in my intake, Emporio long blacks have become irresistible. However, over the summer in Kuaotunu (in the Coromandel), my unfashionable habit of drinking loose-leaf Earl Grey tea on the beach, complete with teapot and china cup, will continue.  Luckily Emporio also has fantastic organic teas!