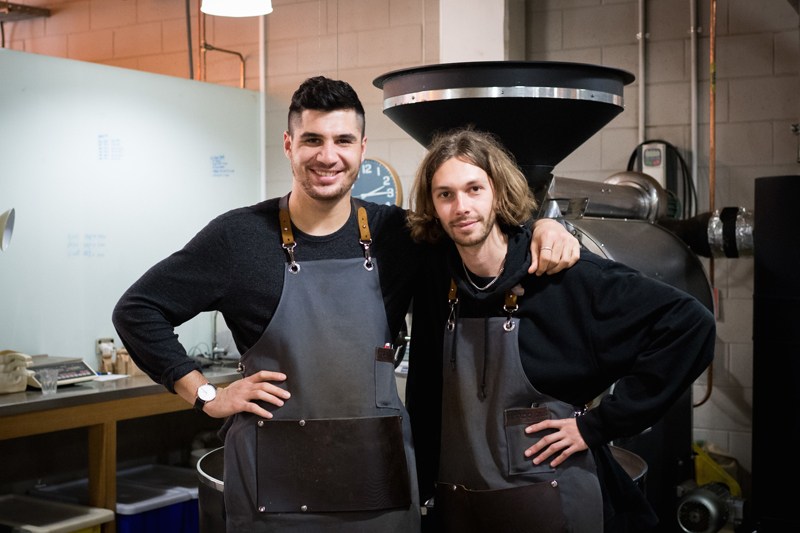 One of the exciting things about working for a coffee company is the opportunity to hang out with the baristas.

Transitory in nature, the barista business attracts adventurous and creative types who, while they’re mad about coffee, also have other passions. We have a chat with Emporio’s new baristas, Kelly Donovon (pictured left) and Matthew Pogson.

Kelly is originally from Kaikoura but spent his later childhood in Quangzhou.

"My mother was a teacher and moved us to China for her work when I was at Intermediate. I went to an international school so made friends from around the world. I experienced a much more sophisticated cuisine and lifestyle than I would have in Kaikoura.

When I got back to New Zealand, I felt really restless so knew I needed a career that allowed travel and flexibility. Hospitality was my ticket".

So Kelly trained as a chef and cooked at Scopa before moving to the UK and working for the Flour Pot Bakery in Brighton for four years.

"During that time we opened six new cafes, I managed the flagship store and learnt so much about the industry. We used Caravan Coffee and eventually created our own coffee blend."

When not at Emporio, Kelly is training for jujitsu or taking photographs with his 35mm camera.

"I fell in love with jujitsu in the UK, I tried it out with a mate and got hooked. Being from Kaikoura, I’m also into surfing, and photography is another passion.

I’ve always been sporty, I played rep rugby for Canterbury before Mum whisked us off to China. I was initially devastated about going, but very pleased now that we went!". 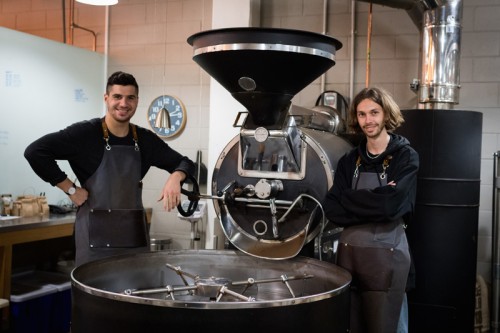 Originally from Auckland, Matt Pogson has a psychology degree from Victory University under his belt and is also a passionate musician. Matt is vocalist and plays guitar in his band, Plaines.

Matt started drinking coffee not that long ago at 19 or 20 and like many, launched with a flat white.  His favourites now is a piccolo or long black.

While he’s worked in other Wellington cafes, Matt admires the way things are done at Emporio but admits there’s plenty more to learn. He says he muscled his way in at a previous job to being trained as a barista, “But I didn’t come to Emporio educated, I am here to get educated’.

Kelly is now Emporio's number one barista trainer, leading our one-hour barista training courses. It was in the UK that he learnt how to train with Caravan Coffee, and started teaching his own team how to make coffee.

"As a barista, you are still always learning yourself though, it takes a long time to master it!" he says.

"I really enjoy teaching others but I love all aspects of my job. The customer interaction, working with the product itself and experiencing the roasting. I love being part of a team and still get a rush when it’s busy and I’m under pressure.

Being a barista is the perfect balance between treating the product like a chef but avoiding the dog-work that's inherent in that career." 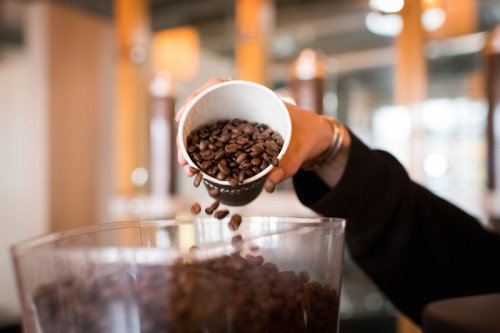 What makes a good barista?

Both Matt and Kelly feel the key to a good coffee is care at every stage of the process.

"Getting the most out of what you are putting in is crucial, it takes care and attention at every step to be a good barista," says Matt, "A bad barista can still ruin good beans”.

"Making good coffee is hard," Kelly says, "It takes effort at all stages along the chain, the culture of the whole environment is important. A good barista requires patience and passion".

Matt thinks the key is the combination of social skills with really knowing your stuff.

“I want to share my best work with our customers,” he says, “I enjoy making something for someone else to consume. I don’t care for low effort”.

Low effort is not acceptable in his music either. Matt's band practises twice a week and he also flats with half his bandmates, old friends from Auckland. The four member multi-media collective released their self-titled debut album last year. 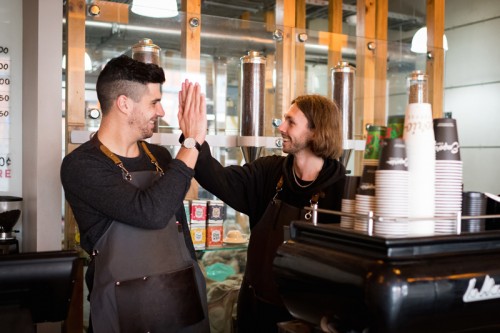 So what's going to be next for these two?

Matt plans to move to LA with his brother and see what can happen for them both over there.

Kelly’s got entrepreneurial ideas-a-plenty that combine his loves of coffee and surfing and photography.